What is a lead acid battery?

The lead acid battery was invented in 1859 by French physicist Gaston Planté and is the earliest type of rechargeable battery. Despite having a very low energy-to-weight ratio and a low energy-to-volume ratio, its ability to supply high surge currents means that the cells have a relatively large power-to-weight ratio. These features, along with their low cost, make them attractive for use in motor vehicles to provide the high current required by starter motors.

As they are inexpensive compared to newer technologies, lead acid battery is widely used even when surge current is not important and other designs could provide higher energy densities. In 1999 lead–acid battery sales accounted for 40–45% of the value from batteries sold worldwide (excluding China and Russia), equivalent to a manufacturing market value of about $15 billion. Large-format lead–acid designs are widely used for storage in backup power supplies in cell phone towers, high-availability settings like hospitals, and stand-alone power systems. For these roles, modified versions of the standard cell may be used to improve storage times and reduce maintenance requirements. Gel-cells and absorbed glass-mat batteries are common in these roles, collectively known as VRLA (valve-regulated lead–acid) batteries.

In the charged state, the chemical energy of the battery is stored in the potential difference between the pure lead at the negative side and the PbO2 on the positive side, plus the aqueous sulphuric acid. The electrical energy produced by a discharging lead–acid battery can be attributed to the energy released when the strong chemical bonds of water (H2O) molecules are formed from H+ ions of the acid and O2− ions of PbO2. Conversely, during charging the battery acts as a water–splitting device.

In the discharged state both the positive and negative plates become lead(II) sulfate (PbSO4), and the electrolyte loses much of its dissolved sulfuric acid and becomes primarily water. The discharge process is driven by the pronounced reduction in energy when 2 H+(aq) (hydrated protons) of the acid react with O2− ions of PbO2 to form the strong O-H bonds in H2O (ca. −880 kJ per 18 g of water). This highly exergonic process also compensates for the energetically unfavorable formation of Pb2+(aq) ions or lead sulfate (PbSO4(s)).

The release of two conducting electrons gives the lead electrode a negative charge.

As electrons accumulate they create an electric field which attracts hydrogen ions and repels sulfate ions, leading to a double-layer near the surface. The hydrogen ions screen the charged electrode from the solution which limits further reaction unless charge is allowed to flow out of electrode.

taking advantage of the metallic conductivity of PbO2.

The total reaction can be written as

In the fully charged state, the negative plate consists of lead, and the positive plate is lead dioxide. The electrolyte solution has a higher concentration of aqueous sulfuric acid, which stores most of the chemical energy.

Overcharging with high charging voltages generates oxygen and hydrogen gas by electrolysis of water, which bubbles out and is lost. The design of some types of lead-acid battery allows the electrolyte level to be inspected and topped up with pure water to replace any that has been lost this way.

Because of freezing-point depression, the electrolyte is more likely to freeze in a cold environment when the battery has a low charge and correspondingly low sulfuric acid concentration.

During discharge, H+produced at the negative plates moves into the electrolyte solution and is then consumed at the positive plates, while HSO−4 is consumed at both plates. The reverse occurs during charge. This motion can be electrically driven proton flow or Grotthuss mechanism, or by diffusion through the medium, or by flow of a liquid electrolyte medium. Since the electrolyte density is greater when the sulfuric acid concentration is higher, the liquid will tend to circulate by convection. Therefore, a liquid-medium cell tends to rapidly discharge and rapidly charge more efficiently than an otherwise similar gel cell.

Because the electrolyte takes part in the charge-discharge reaction, this battery has one major advantage over other chemistries: It is relatively simple to determine the state of charge by merely measuring the specific gravity of the electrolyte; the specific gravity falls as the battery discharges. Some battery designs include a simple hydrometer using colored floating balls of differing density. When used in diesel-electric submarines, the specific gravity was regularly measured and written on a blackboard in the control room to indicate how much longer the boat could remain submerged.

The battery’s open-circuit voltage can also be used to gauge the state of charge. If the connections to the individual cells are accessible, then the state of charge of each cell can be determined which can provide a guide as to the state of health of the battery as a whole, otherwise the overall battery voltage may be assessed.

IUoU battery charging is a three-stage charging procedure for lead-acid batteries. A lead-acid battery’s nominal voltage is 2 V for each cell. For a single cell, the voltage can range from 1.8 V loaded at full discharge, to 2.10 V in an open circuit at full charge.

Float voltage varies depending on battery type (i.e. flooded cells, gelled electrolyte, absorbed glass mat), and ranges from 1.8 V to 2.27 V. Equalization voltage, and charging voltage for sulfated cells, can range from 2.67 V to almost 3 V.Specific values for a given battery depend on the design and manufacturer recommendations, and are usually given at a baseline temperature of 20 °C (68 °F), requiring adjustment for ambient conditions.

How does an uninterruptible power supply work?

What your computer expects to get from the power grid is 120/127/208/220/230/240-volt AC power oscillating at 50/60 Hertz. A computer can tolerate slight differences from this specification, but a significant deviation will cause the computer’s power supply to fail. An uninterruptible power supply generally protects a computer against four different power problems: 1- Voltage surges […]

What are the different types of Uninterruptible Power Supply (UPS)?

What is a UPS device? During power surges and failures, Uninterruptible Power Supply (UPS) devices keep computer systems and IT equipment safe and operational. An UPS provides battery backup power when the flow of electricity drops to an inadequate voltage, or if it stops. An uninterrupted power source is vital for the mission-critical environment. Depending […]

Why Do I Need a UPS?

There are a number of reasons you may want to invest in a UPS system but generally it is to protect your critical systems from the effects of power failures, voltage dips and power anomalies. Common power problems The primary role of any uninterruptible power supply is to provide short-term power when the input power […]

What is an Offline UPS? 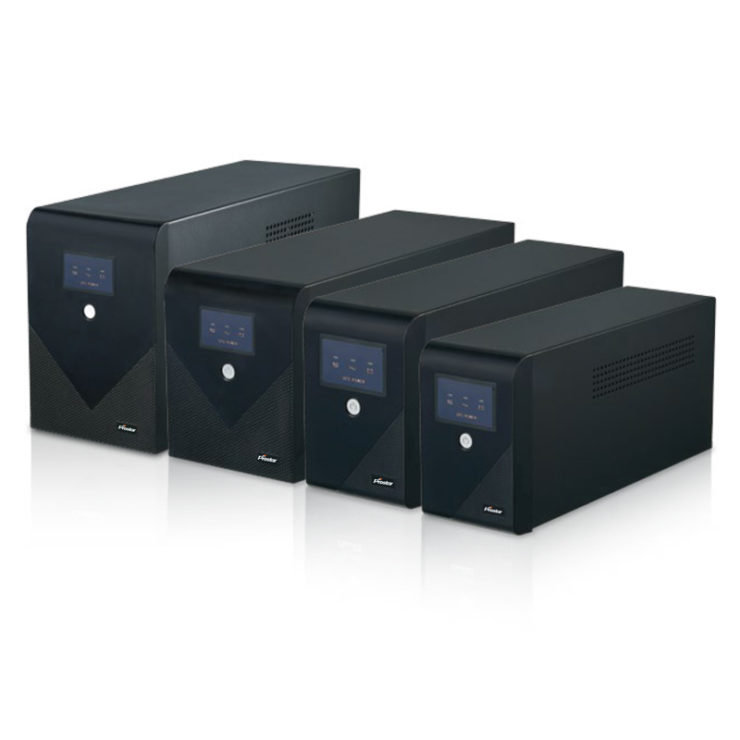 Standby or Offline UPS is one of the three main types of the static UPS. It is the simplest and least expensive uninterruptible power supply system. Actually, some don’t even consider it as a UPS, because of the presence of a momentary break during transfer or switching. Due to that, an offline UPS is sometimes […]

The Difference between Offline UPS and Online UPS

Uninterruptible power source (UPS) is an electrical apparatus that provides emergency power to a load when the input power source or mains power fails. Online UPS differs from an auxiliary or emergency power system or standby generator in that it will provide near-instantaneous protection from input power interruptions, by supplying energy stored in batteries, supercapacitors, […]